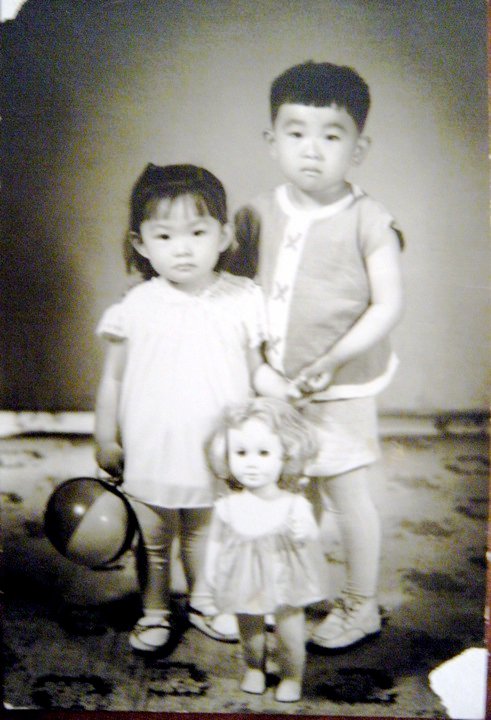 Forty four years ago, a small black-haired boy with bangs held his three year old sister’s hand in a protective grip and embarked on a journey over the Pacific Ocean. This began another immigrant’s life in Canada. The parents he didn’t recognize met him: parents who had months before made the same journey in order to forge a family dream.

Born in Seoul, Korea, Stan came to Canada in the mid-sixties. Through sometimes tumultuous times, Stan would become a Canadian success story. He experienced the vastness of Canadian climate and of Canadian dreams. Westcoast monsoons and oyster shells. Snow-encrusted prairie blooms and mosquitoes. The clinging mud of the BC interior. Great urban adventures. His father became a United Church minister and his mother a bookkeeper.

Stan recently became Vice President, Academic and Research at Red River College, one of the largest institutes of applied learning in Canada. This position and his recently published book, Global Citizen: River of Love and Other Essays reflect Stan’s rise in post-secondary education and administration. Beginning as an English Instructor, he held positions as Associate Professor, Chair of Communications, Associate Dean, Dean of Arts and Science, and Director of Learning and Teaching in the institutions of the College of New Caledonia, Okanagan College, and Camosun College.

If careers were windows, Stan’s would open into a hub of activity, one which would illuminate a multitude of interests and activities. Stan would simultaneously be writing, recording songs, teaching university courses, and passing wisdom onto his children. He would be planning family adventures and looking for a tennis match. And he would be dreaming up ways to celebrate his Korean connection, exploring his realization that he is “probably more Korean now than ever.”

“My Korean background informs my work in education and in community which must be very sensitive and aware of the transforming power of culture,” says Stan. As an adult he bemoans the loss of his ability to speak Korean; he wants others to understand how important it is to be proud of one’s own cultural identity, and to get to know oneself through ancestry. “Without this knowledge,” he says, “we lack the ability to make critical choices for ourselves, our families, and our communities.”

Stan is creating a legacy – both personal and professional – which will inspire others to believe in their own potential and in opportunities that will make Canada a better place.