More than twenty years ago, the idea of KPOP as it exists now had yet to be fully discovered. Back then it was just mostly balladeers and trot singers topping the charts in Korea. But in 1992, the winds of change had come in the nick of time, at a crucial point where the Korean consumers’ tastes were evolving and waiting for something refreshing to come. Seo Taiji & Boys’ debut in 1992 was the start of that new wave of pop music in Korea, but that was just the beginning. In the late 1990s, a wave of big KPOP groups debuted and helped to form the first generation of KPOP artists that would have masses of fans and eventually would be written down in the lore of the early years of the Hallyu Wave.

Today, I’d like to talk about several artists who debuted back in the late 1990s and early 2000s who were crucial to the early KPOP movement and also represented Korea as some of the most popular artists of their heyday. These artists continue to inspire and be active in today’s KPOP scene, even with so many younger and newer artists debuting more and more than before. With that in mind, here are the five artists who continue to stay in the game:

Known as the longest running group in KPOP history, Shinhwa continues to amaze fans and create music, more than ten years after their debut. While there are maybe only a handful of old school groups that are still somewhat active, Shinhwa was the one group that kept their original lineup and name even after their contracts with SM Entertainment ended. Last year marked their long-awaited return to the music scene as a group, and this year proved no different as they’ve just released their 11th album “The Classic”. This album boasts a more modern sound but still retains the trademark Shinhwa dance feel that made them popular to begin with. Check out their latest single, “This Love”.

Still touted as the “Queen of KPOP”, the sexy diva Lee Hyori recently announced a comeback with a new album called “Monochrome”. She’s already released one single, with several more on the way. Hyori has been turning heads ever since her days as a member of legendary girl group Fin.KL. After the group’s disbandment, she pursued a solo music career and has made quite a name for herself. On top of that, she’s been quite the vocal supporter of animal rights as well as being a vegetarian herself. And on top of that, she’s maintained a public relationship with singer Lee Sang Soon since 2011. Fans have been waiting for her return for nearly three years, following the plagiarism controversy surrounding her last album “H-Logic”. To mark the “queen’s” return, here is her latest single “Miss Korea”.

The former G.O.D maknae turned solo singer has made a lot of headway as a versatile person in the last few years. Since his first solo album release in 2006, he’s established himself as one of the most wanted voices in Korea. Aside from having appeared on the program “Immortal Song 2” several times, as well as having gotten married in late 2011 and becoming a father, he also is in charge of his own company now, called Soulshop Entertainment. Recently, his company signed a former YouTube artist-turned Korean singer named Megan Lee, with whom he collaborated on a song called “Oppa”, which was featured on his 4th album “T-Love”. Taewoo has expressed his desire to work with artists in the U.S. someday, and given his vocal range and talent, it seems like that could happen. Maybe even a G.O.D reunion in the future? Who knows! In the meantime, check out the music video for his main single “Cosmic Girl”, released earlier this year.

Since 1999, this female Korean-American duo has continued to maintain their popularity despite their lack of promotions and releases. However, in the last few years, they’ve started releasing more singles as well as appearing on stage more often again. Having been signed to Brand New Music within the last year or so (the home of artists like Verbal Jint, Rhymer, Phantom etc.), the girls have continued to represent the pop R&B scene well, even having a brief stint on “Immortal Song 2”, and their own radio show on TBS eFM Radio called “K-Popular”. Both Min and Crystal have continually said that they can’t imagine doing music without each other, and as such, have proven to still be a strong force in the KPOP world. Check out their latest release, “Awkward Love”.

Most KPOP fans are pretty familiar with this name. From Fly to the Sky to solo releases. From variety show appearances to acting in musicals. From becoming a avid supporter and user of Reebok Crossfit to starting his own label, this man is a jack of all trades. One of the best known voices in the contemporary pop scene in Korea, Brian has taken his know-how from his days as a member of Fly to the Sky and has transformed into a force to be reckoned with. While more active with CrossFit, musical acting and having started his own label, BYou Entertainment, a few months ago, Brian still manages to keep working on new music. What also continues to make him popular is his versatility to sing both ballads and dance numbers well. While it’s been a while since his last release, check out the video for his hit song “Let this Die”, featuring top rapper Tiger JK. 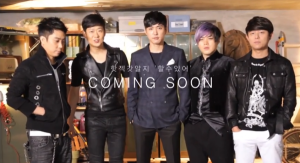 I have one more act I’d like to talk about! Though officially this group hasn’t been together long, this group is made up of members of several different old school KPOP groups. H.J.g.R, which was created for the show “Handsome Boys of the 20th Century”, features the stars of the show: H.OT.’s Tony and Hee Jun, G.O.D’s Danny, NRG’s Myung Hoon, and Sechs Kies’ Jiwon. In order to promote the show, the group released a cover of NRG’s debut track “May I Love You”, and filmed the music video for the song in a similar fashion to the way videos were shot for artists back in the 1990s, as a throwback to the early days of KPOP, which makes sense of course. This is a super group that old school fans and recent fans alike could not have dreamed of ever. With that in mind, check out the video for “May I Love You”.

There you have it – these artists are representatives of the early period of KPOP but are still just as strong as ever. Just goes to show, where there’s a will, there’s a way!