KPOP Battle of the Beasts: Shinhwa vs. 2PM

KPOP 2013 Battle of the Beasts: Similarities of Shinhwa & 2PM 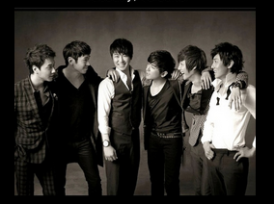 May 16, two of the most popular boy-groups of our generation made a comeback: Shinhwa, Korea’s longest lasting idol group with member’s average age being 34.5, and 2PM, currently the hottest boy-group in Korea. As if it was planned, the two groups are similar in many ways. 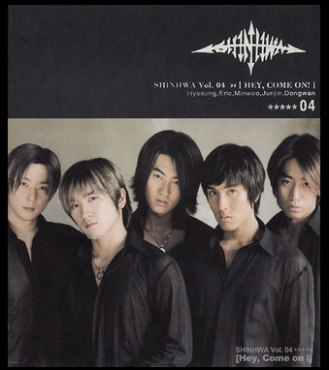 Latecomers to the K-pop wave community may not know exactly how legendary Shinhwa is. Debuted in 1998, they have an extensive list of hit songs from T.O.P., Brand New, to recently, Venus. My personal favorites are T.O.P., Hey Come On, and Wild Eyes. Their tag-line is “Government-employee Idol,” implying the unusual length of time they were in the entertainment industry. Turnover rate in Korea’s music entertainment industry is rocket-high – you see an idol come and go every week. Being able to maintain good team relationship all while maintaining a strong fan-base is something all idols are to die for.   I have a personal connection to Shinhwa because Shinhwa is the first Korean singer I fell in love with ever since spotting them on Arirang TV, and it is also Shinhwa that urged me to master Korean. Shinhwa is legendary.

2PM can be seen as a successor of Shinhwa’s sexy male group niche. Debuted in 2006 with “10/10,” their dynamic, almost martial-art-like dance moves, well-toned body (unlike the skinny idol norm), “play-boy” aura of the members were the key traits that distinguished them from the gazillion other groups appearing at the time. They were immediately noticed upon their debut (they actually had an audition program to create this band prior to official debut) and topped music charts with every album they released. My favorite songs from 2PM: Again & Again, Only You, and Put Your Hands Up. 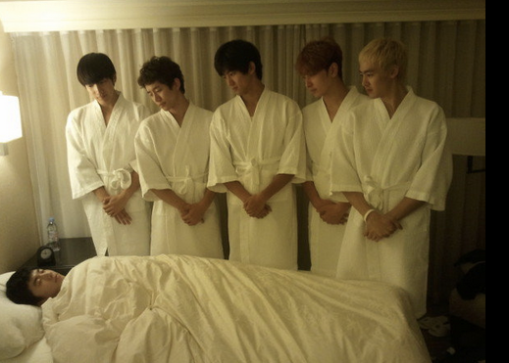 Beast-dol is an abbreviated term for Beast Idol [짐승돌]. It’s a term to describe male idol groups that deviate from the generic flower-boy concept. Beast Idols commonly have tanned skin, six-eight packs (in Korea, they call it chocolate abs because it looks like chocolate), fiery eyes, and sultry dance moves.

Shinhwa pioneered this field, fulfilling the niche female consumer needs of an alpha male lure. Their epitome of beast-dolness was during their 4th album, when they seduced the audience with their creative chair-dance and amplified muscles. They were the first idols to dance topless in Korean music channels through their Only One performance (3rd Album).

2PM followed Shinhwa’s footsteps, tapping into this greener market.  Difference between 2PM and Shinhwa is that while Shinhwa’s branding is more of a knight-like, protective boyfriend, 2PM is more of a flirty, playboy that always messes with your brain (&heart). Perhaps due to their branding strategy, demographically Shinhwa and 2PM’s fanbase is older than most other idols’ like SHINEE.

2PM, though they debuted as a 7-member group, with Jay Park’s scandal and consequent withdrawal, became a 6-men group. The members include Jun K., Nichkhun, Taecyeon, Wooyoung, Junho, and Chansung. 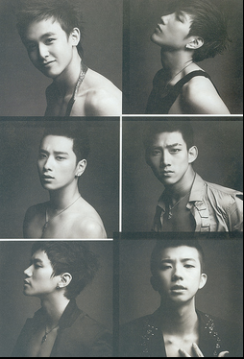 4)    Compete for the Sexiest  #sensualseduction

Shinhwa’s This Love infuses European electro beat with pop to create a David Guetta-like dance song. The highlight of this performance is the Vogue-dance. It’s called the Vogue-dance because dancers have snap-shots-like-model-pose as part of their dance-moves. This dance was inspired by 1990’s Madonna’s vogue-dance. According to the interview with Journalist Lee, Shinhwa wanted to optimize the sexiness that only comes with age (mid-30s’ suave). The provocative dance move during the refrain is particularly eye-catching. #midthirtysexiness#dreamlike#seduction#theclassic

2PM’s A.D.T.O.Y on the other hand immerses heavy bass beats, contrasting high C# melody, and sultry yet trendy dance moves to sensually portray one man’s obsession with his love subject. The tempo and melody is exactly 2PM– not too fast but not too slow. ADTOY is an abbreviation for All Day Thinking of You. While coming from a different person this song can be a creeper/stalker song, coming from 2PM, this obsession can’t be any hotter. #sexy#sultry#seduction#grown

So who’s going to win this battle? For what it looks like right now, Shinhwa seems to be taking the lead according to the internet poll on Mnet. Their unexpected album concept and polished dance moves was a delightful surprise for fans and audiences alike.  2PM however is not too far behind this race, and like most things in life, we never know until the end.