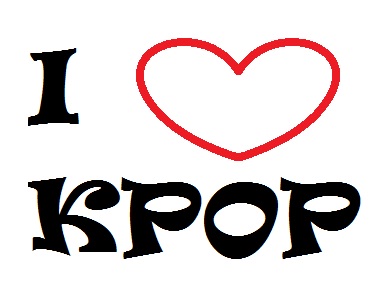 The concept of idols in Korea is a whole subject on its own, one that encompasses many different subtopics. This post will cover how they came to be idols,  how they promote their work, and where they live.

To start, there is an audition process. The future idols will send audition tapes or go to open auditions held by entertainment companies. Sometimes, people are even scouted from the streets. If they get selected, they get to train with the company, sometimes for many, many years, to perfect their singing and dancing abilities before they are officially debuted as either a solo act or a group. This training process has not yet reached the North American way of preparing an artist to release their first single.

Leading up to the debut of an idol group, there is a lot of promotion to get people excited and talking about these new performers. That is a major difference between North American pop culture and Korean pop culture. Usually in North America, a new singer is discovered by the public through a catchy new song on the radio instead of their record label doing marketing specifically for the new artist.

There are teaser photos to go along with their debut concept, either individual shots of each member or a group shot. Common concepts for idol groups to debut with are the ‘bad boy’ concept and the ‘sexy’ concept.

There are music video teasers that are released as well, usually of the single that will be promoted. This promotion prior to the debut of an idol group is to stir up hype around the new faces that will start promoting soon, and to start building a fan base, all of which is highly effective.

Let’s take boy band, EXO, under SM Entertainment. The twelve member boy band is split into two sub units, EXO-K and EXO-M. The six members in EXO-K perform Korean pop songs and promote primarily in Korea while their six member counterpart, EXO-M, performs Mandarin pop versions of the same songs. They had possibly the longest pre-debut promotions, having released twenty-three music video teasers totaling up to twenty seconds short of a half hour, and a prologue single, both in Korean and Mandarin, before their actual debut. All the promotions paid off though, EXO has a very large, and very active fandom.

A good majority of newly debuted Kpop groups live in dorms owned by their company. As the group members get older, they usually are able to get their own house or move back in with their families. Some groups have been known to temporarily move back into dorms together during promotions so promote togetherness between the members.

Idol culture is a very vast and very unique aspect of Korean Pop Culture and I will touch on more subjects surrounding it as I continue to expand on Idol Culture in later posts.