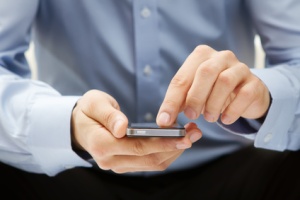 The first time I heard about KakaoTalk was from a friend who had just returned from teaching English in Korea. He mentioned being “Kakaoed” and “Kakaoing” people. I had absolutely no idea what he was talking about so I finally decided to inquire about this odd new verb: “What does it mean to ‘Kakao’”?”

It turns out that the new verb is actually a smartphone SMS app that allows you to text and call for free. It relies on your data plan rather than your SMS account. KakaoTalk offers texting, conference calls, media and information sharing, and has no banner ads, thanks to its popular fee-based games feature. You can even have group text conversations which is great for workplace teams or you can password protect a single conversation, which is great for communicating privately with … well, I think you can figure that one out.

KakaoTalk was launched in 2010 by Kakao Corp. based in Seoul. In true Korean spirit, essentially all of Korea was using this app within just a couple of years of its launch. Today, it has about 100 million users with close to 3.5 billion messages sent each day. At this point, since there’s almost no one left to download it in Korea, the company is looking to expand globally, focusing first on Southeast Asia. It is already very popular in neighbouring countries and even proved to be a very important means of communication in Japan during the 2011 Tohoku earthquake when voice call traffic was jammed.

When I was in Korea last spring, I realized that this app was a fixture in most people’s daily lives and given the Korean peoples love of the wireless gadget, it has become an indispensable tool. I used it pretty much right away once I downloaded it and it really earns its high rating. Also, if it helps keeps me in touch with friends and family – for free –  all the better. Go Kakao!