My last post on what to expect from a Korean boyfriend got a lot more feedback than anticipated. Thank you everyone for showing your support – especially those who emailed me about various dating issues. I apologize for not getting back to all of you; I read/enjoyed all of your stories nevertheless!

Poster of movie “Meet the In-Laws”

Amongst many request and suggestions, one that particularly stood out was a foreign girl’s (from Malaysia) confusion and lack of information on knowing what to expect when meeting her boyfriend’s parents for the first time. I too am a novice with only two time experience of meeting with Korean parents – and I remember having sweaty hands and feet for both times. I spent hours asking my fellow Korean unnies if my outfit was appropriate, what I should say, what questions I should expect and etc. So when this girl sent me an email asking me to write on this topic – I felt obligated to share some tips. Returning karma!

Meeting the parents is a pretty big deal in Korea – if you really want to be with him, don’t mess it up! This isn’t an extensive list, but I guarantee you that the following tips will earn you lots of brownie-points!

#1 Tone down everything
This means tone down your make-up, your enthusiasm, hair, gesture, and heels. Make sure your makeup is very minimal, try to speak calmer than usual, dye your hair black, brown or whatever your natural color is (low pony tail is recommended), don’t wave your hand around too much (I know I do this) when you talk, and don’t wear your 4 inch heels.  Aim for this image:

Han Ji Min – one of Korea’s most popular female actress

Notice how the entire styling is very neutral and light.

Do not wear a tank-top.
I did this – but I shouldn’t have. Tank tops are considered quite revealing in Korea and parent’s generation are even more so.

Do not wear anything shorter than 5cm above your knees.
I love short skirts, but remember, they are elders, not a potential pick up target! Keep your legs to yourself.

Do not wear fake-eyelashes/ overtly obvious contact lens
Again, the key is to be as natural looking as possible. I know it’s an expression of your style and heavy makeup doesn’t mean you’re a party girl or whatever. But unfortunately, heavy makeup will mean you’ll be seen as a party girl by the parents. Like I said before, when in Rome, follow Roman law.

#2 Learn how to cook a Korean dish

I am a big feminist, and I don’t believe that the kitchen “belongs” to any gender. Kitchen doesn’t belong to women just like being the breadwinner isn’t a male-only domain. But in Korea (and many other countries), being able to cook is a trait that most parents want in their daughter-in-law. If they know you’re a foreigner, they won’t expect much from you (not sure if this is a good thing :P), so if you dish out a perfectly seared, pan-fried seafood pancake or pork kimchi stew, it will totally blow their minds away! Great way to earn some bonus points ;). 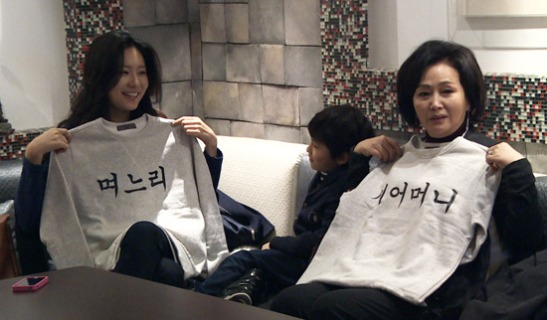 어머님 [eo meonim] means mother, and 아버님 [a beonim] means father, and while they aren’t technically your parents, it’s a convention in Korea to call someone else’s parents mother/father.

When you’re a bit young (say under 20), you’d call your friend or boy/girlfriend’s parents 아줌마/아저씨 [Missus/Mister], but once you reach a certain age, it’s customary to call them mother/father. For me, it was awkward because I was used to calling older people by their name, or Mr. Park etc.  I’ve learned that it’s polite and cute.


트로트 [Trot] is one of Korea’s oldest pop genre which began around 1900s during Japanese occupation. Experiencing a steep popularity decline in the 90’s, Trot is a genre that is preferred among the baby-boom generation. A famous trot you may know is BigBang member Daesung’s “Nal Bwa Gwisoon,” released in 2008.

Few famous female trot songs that parent’s generation mostly like and agree on are the following:

Sing one of these songs (even if it’s in choppy Korean) and you’ll make them laugh for sure!

#5 Do NOT go empty handed 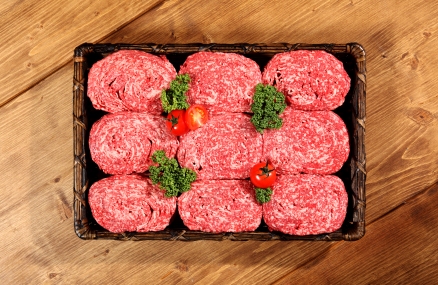 One must never go to someone’s (especially someone who might become your future in-laws!) place without a gift. Never say never – I’m sure there are parents that won’t mind, but it’s considered common courtesy to bring a gift when you’re meeting his parents for the first time.

I suggest bringing a specialty item from where you’re from. For instance, if you’re Canadian, ice-wine would be perfect! If you’re really stuck, typically a fruit or flower basket or pack of grade A domestic Korean beef (Han-U) will do the trick. Make sure it’s not too expensive or too cheap. While the budget depends on individual’s households, I recommend something around $70 – $100.

These were 5 tips meant to help you earn extra points, but remember – the most important thing is your attitude, manners, and personality! Don’t forget to bow when greeting them!

Teachers and students greet each other by bowing

Hope it was helpful! If you have any further questions, feel free to email me at: tina.sy.hsu@gmail. No guarantee reply, but I’ll try my best :D