A popular sentiment one hears these days is that the world is getting smaller every day. While this statement is purely figurative, the way social media, television, news outlets and even education have brought us together on a global scale speaks for itself. Want to hear the latest news from China? There’s a YouTube account for that! Curious about how the Eurozone crisis is being sorted? There’s blogs aplenty! Want to watch English-subtitled Korean network television? It’s all available at your fingertips – all you need is access to an appropriate device and you’re good to go. While this new interconnectedness can feel somewhat overwhelming or even daunting, the truth is that now, quite literally, a world of opportunities is more accessible than it has ever been before. 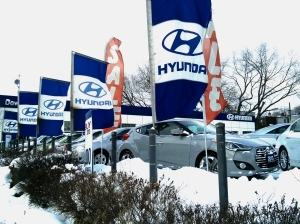 We are living in a world in which it is not uncommon to encounter a structure similar to the following hypothetical scenario. A company that was founded in Korea is researching in Korea, manufacturing in Canada and banking in Switzerland. Though this might seem very specific, in this case the countries are interchangeable: they could easily be swapped out for myriad other nations to make as plausible a scenario. The bottom line is that nations are now relying on one another for all manner of capital, and this means that professionals from all manner of industries, spanning all sorts of countries and cultural contexts, must now interact with each other on a regular basis. I imagine that this will only become more and more common as time goes by. So what does this mean for students and budding young Canadian professionals with cultural savvy? The answer is opportunities. 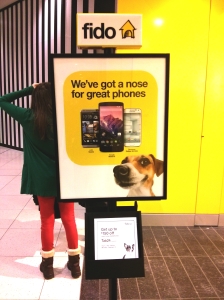 Fido is just one of the many Canadian carriers to offer the latest Samsung and LG models. Yet another fruit of international business and trade between Korea and Canada.

In the world of Canadian postsecondary academia, the disciplines that fall under the category of area studies – those concerned with a specific country, its culture and language – have long been considered “impractical” disciplines to major in. The popular notion is that when one chooses to major in something such as western European or Middle Eastern studies, they are at best gunning for a PhD in order to someday become a tenured professor in their subject. At worst they are simply learning for the sake of learning before entering the decidedly non-lucrative field of fast-food production. However, I am convinced that this is no longer the case. 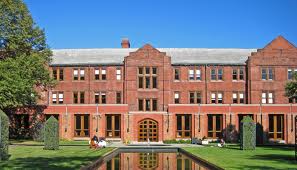 The Munk School of Global Affairs is home to University of Toronto’s Centre for the Study of Korea, which has weekly talks from experts on everything from hallyu to Joseon philosophy.

I am currently specializing in East Asian studies (it’s all I study) at my university, with a particular focus on South Korea – in other words, I am focusing on one of those areas of study that are widely deemed impractical. But because of my major, I possess much esoteric knowledge about Korean culture, media, history and even business and economics (to a certain degree). On top of all that I can now speak Korean at an intermediate level and I must reach the advanced level before I’m able graduate (in other words, I must be more or less fluent). When asked why I’m studying Korea and what I hope to do in the future, the following statement from Foreign Affairs, Trade and Development Canada on the Government of Canada’s website comes to mind: “Canada–South Korea two-way merchandise trade is robust, nearly reaching $10.1 billion in 2012. At the end of 2012, Canadian foreign direct investment (FDI) in Korea was $569 million, while Korean FDI in Canada was over $5.8 billion.”

According to their website, PAT Mart has been selling imported Korean goods to Torontonians for over 40 years. There are now myriad other Korean super markets in metro Toronto and the GTA in which all manner of imported Korean products are available for purchase.

These numbers are nothing to scoff at, and they have been rising steadily over the past decade, according to the Canadian Parliament’s website. They also don’t take into account capital earned by Canadian branches of your favourite Korean-born companies such as Samsung, LG and Hyundai, which, if you walk down any street, you can only assume are doing better than ever. Indeed, trade between Korea and Canada is alive and well and on the upswing as Korean business continues to expand into the world at large. Furthermore, to make things even more interesting, negotiations over a full-on free trade agreement (FTA) between Canada and Korea have resumed in 2012 after a six-year hiatus; they are going on as I’m writing this.

In light of all these new trade developments and expansions, I’m beginning to feel that Canadians (like me) who have a working knowledge of Korean products, media and culture; who can speak the language (or are seriously working towards it); and who have no qualms about working abroad will have an ever-increasing scope of work opportunities in the near future.

Join me next week, when I’ll dive a little deeper into the details of the new FTA negotiations and what it means for Canadians who are passionate about work in or relating to Korea, and for Koreans who are interested in Canada.

For the Parliment of Canada’s webpage on trade between Canada and Korea over last two decades go here: http://www.parl.gc.ca/Content/LOP/ResearchPublications/2011-14-e.htm

For the University of Toronto’s Centre for the Study of Korea’s website go here: http://www.utoronto.ca/csk/