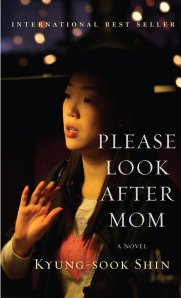 We are able to approach literature from all over the world through the English, French or Korean translations of various literary works.  The distinct attributes of Korean literature are showcased to the world audience often through translated books that are the result of a working partnership between the writer and the translator as well as an understanding of respective cultures.  While Korean literature has been translated for a long time with commercial publications available from the 50’s and 60’s, Korean literature in translation is still at a preliminary stage, especially compared to Chinese and Japanese translations.  The main audience for the translated works is the university classrooms with 3000 copies being considered a successful sale.  However, the audience is expanding to Korean Canadians/ Americans, and non-Korean communities as the novels deal with universal themes, and the translation of Shin Kyung-Shook’s Please Look After Mom (엄마를 부탁해) was a best-seller in 2011 on Amazon.com as well as being included in Oprah’s Book Club.

Bruce Fulton is a long-time translator of Korean literature and a professor f Asian studies and Korean literature at UBC.  His first encounter with Korea came with his involvement in the Peace Corps in 1978, and he received his PhD from Seoul National University.  Along with Ju-chan, his good wife, Bruce has translated numerous novels and anthologies with attention to representing literature outside the mainstream such as works by women writers, military camptown stories, and literature of the Korean diaspora.  Their latest work is an anthology of short stories by Oh Chong-hui called River of Fire and Other Stories (불의 강).

Bruce recognizes the importance of making a meaningful connection between the translator and the writer or the writing.  There also needs to be passion and attachment to the works being translated.  He notes that, “there seems to be inconsistency in some of the newer translations, especially translations done by younger translators” as there are many people translating commercially without really attempting to rally the literary and artistic expressions, and points out a formal organization to provide standards for global translation may be an effective way to foster the industry.  The quality of translation is critical in literary translation as having a “sense of what’s going on” cannot duly convey what the original writing wanted to say, and should not be thought as simple transcription or reference.  “People have misconceptions that translating is changing words from one language to another, but it’s more than that,”

Literature shares many similarities with pop culture, or the Hallyu, that is becoming an increased global influence as the stories and sentiments expressed in literature, music and art are universal.  However, works of fiction are often multi-layered stories that involve allegories and symbols that may require an understanding of the overall literary tradition to have a full understanding of the stories.  “Korean literature serves as a record of what’s going on, and much of what’s been going on in Korea was not pleasant,” from the oppressive and crumbling Chosun society, Japanese occupation, the Korean War and military dictatorships.  The Korean writers write with “historical consciousness”, and due to the lack of free speech, their sentiments and ideals often need to be extracted with close readings.  Bruce notes that there are things to be learnt from the success of Hallyu.  “The challenge is to keep the Korean written literature as a viable body of literature worth reading.  Why is it relevant?  How does it relate to life today?  The reincarnations of the Chunhyang story and family sagas are still widely popular in Korea today, and Hallyu is a good place to find out what people respond to.  The mere visibility of Korean culture around the world is great, too.”

There are many unknown gems in Korean literature that can enrich readers around the world, and it is not uncommon for the popularity of the translated works to cause reactions in the original country.  “We have well-defined challenges, and one of the most important things is to take an active approach.”  Bruce wants to see writers being more actively involved through book readings, discussions and other means to market their books.  He also encourages graduate students who translate to go through the processes for publication and get involved in conferences and readings.  As for himself, Bruce is working on another book that has been received very well in Korea for its distinct qualities.  “It’s a lifetime commitment, and there’s a long way to go.  A long way to go.”