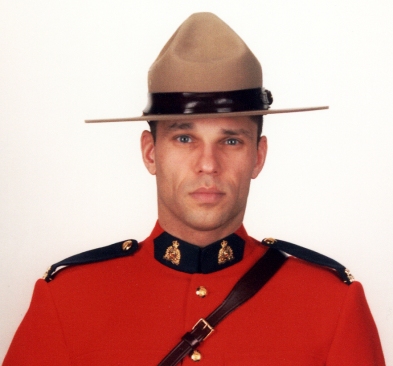 Const. Fabrice Georges Gevaudan was born in Boulogne-Billancourt, France. After receiving his Canadian citizenship, he joined the RCMP in Regina, Saskatchewan. After he graduated from the RCMP Training Academy “Depot” on February 11th, 2008, he was posted to the Codiac Regional RCMP and had been there since, working in general duty policing. Then, he fell in love with Angela, when she was an operator at the 911 dispatch centre and became a loving stepfather to Angela’s daughter who really loved policing as well.

Const. Dave Joseph Ross was born in Victoriaville, Quebec who joined the RCMP in Ottawa. He graduated from the Depot on July 9th, 2007. Ross was posted to the Codiac detachment, where he worked in general duty policing, and most recently as a Police Dog Services Handler after becoming a member of the RCMP’s Police Dog Services last year. Ross’ family spoke of a guy who loved hunting and fishing but most of all his wife, Rachel and his young son, Rachel is also pregnant with their second child. Ross’s mother, Helene Rousseau said, “He’s my hero and I’m very proud of him.” 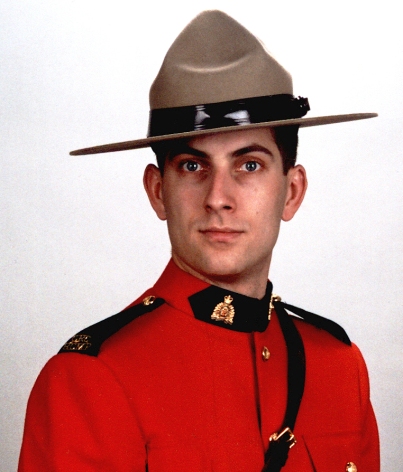 .Const. Douglas James Larche from Saint John, New Brunswick, who was the son of a retired RCMP officer, joined the RCMP in Moncton, upon graduating from the RCMP Training Academy on February 4th, 2002. Larche was posted to “J Division” in Miramichi and Doaktown and more recently at Codiac detachment. He worked in highway patrol and general duty policing before becoming a member of the general investigations service. In 2008, Const. Larche received a Commander’s Commendation for saving the life of an unconscious baby in Moncton. People described his as an easy person to get along with, soft spoken and a really nice guy, of course he maintained that demeanor despite dealing with some notorious criminals.

The streets in Moncton, N.B. are filled with small acts of kindness. Hundreds of civilians joined in a bike walk to take back the community to show that it is not a terrible crime scene. It was also to show that it’s a neighbourhood where the kids can bike, play and feel safe! 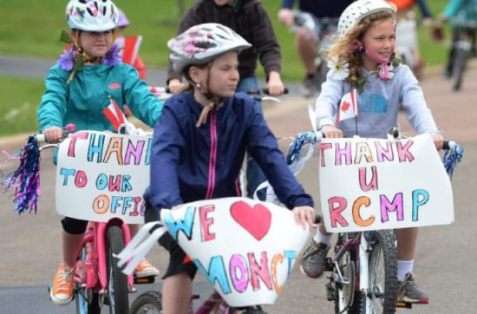 A memorial continues to grow in front of the Codiac RCMP headquarters as well. It was also really difficult for me to drive by the headquarters. Everyone of us will never forget this tragedy. 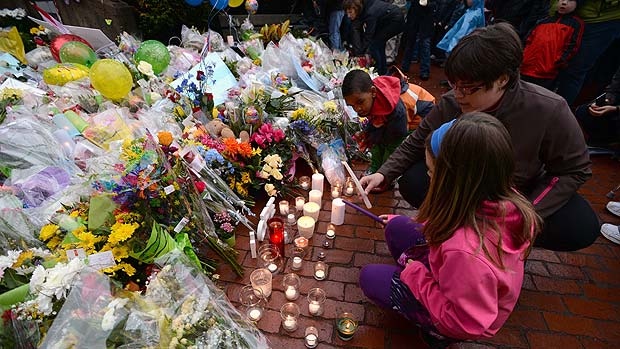 I live in Moncton, well in fact,  I live right on the street where the shootings took place on Wednesday. We were terrified and very sad to see these things happening in Moncton. It was also very hard for us to see Moncton making the global news for all the wrong reasons. We are really glad that it’s finally over, and that everyone can return to their normal lives, but this wouldn’t have happened if it was not for these brave RCMP officers. Rest in peace to the fallen heroes. #PrayforMoncton #MonctonStrong