Hi, this is Tina. I previously wrote a blog post about 10 Korean Slang, and received lots of great comments. So, here I’m back again with more Korean slang words that they don’t teach you in the textbooks, but nevertheless, very useful in really understanding vernacular Korean!

Explanation: This word comes from the combination of고구마 & 답답해.
고구마 [Go-gu-ma] is sweet potato in Korean and 답답해 is used to describe someone who is frustrating or slow to catch on with the conversation. Merging the two words together, you get 고답이. You know how your mouth gets dried up and your throat chokes up when you eat steamed sweet potato? Korean people call this stuffy sensation 답답해, hence you get this expression.

Example of a 웃픈 photo

In a sentence:
리모콘이 핸드폰인줄알고 그거 들고 통화할려고 했어 ㅠ 완전 웃프다.
I thought the remote control was my cell phone, so I tried using it to call someone. Don’t know if I should laugh or cry. 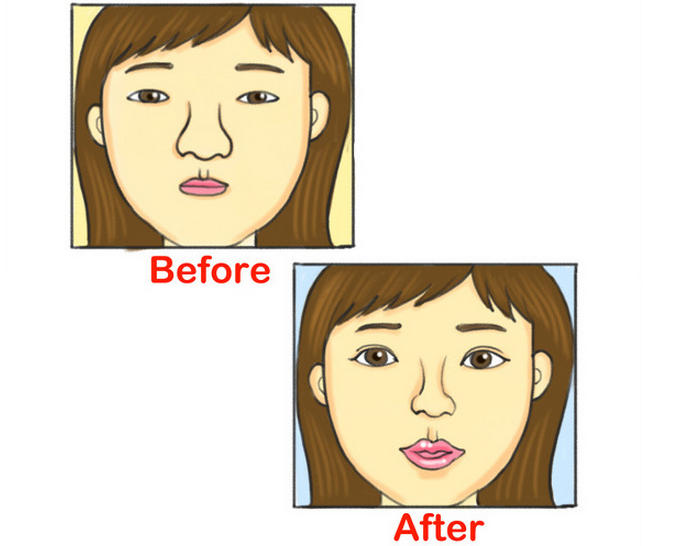 TLDR Definition: Used to refer to people who got hotter after plastic surgery but result is so natural, you would’ve never guess they had surgery.

Explanation: 감쪽 comes from the word 감쪽같다 which means barely noticeable. Add 녀/남 which is simply a gender signifier [female/male] to the first two letters 감쪽 and you get the word 감쪽녀/감쪽남.

Explanation: This phrase is a shorten abbreviation of ‘답은 정해져 있고 넌 대답만 하면 되’ which loosely translates into “the answer is already set in stone, all you have to do is give me that answer.” People that asks questions like “Don’t you think I’m fat? Am I ugly?” are often considered people that are 답정너. What they’re seeking for is your approval and compliments.

Example [of a guy not giving into a typical 답정너]:
A: Omg, a guy from my class just told me I looked like Taeyeon from SNSD.

B: Are you sure they didn’t say Taeyang from BigBang?

B: I’m sure he said Taeyang.

In a sentence:
무시하는게 답정너를 피하는최고의 방법.
Ignoring is the best way to deal with people that fish for compliments.

Headline of the news 삼춘팬 심쿵 loosely translates into: Irene from Red velvet is giving her uncle fans heartthrobs.

Explanation: This expression is a shortened combination of the word 심장 [Sim-Jang] which means heart and 쿵쾅쿵쾅 [Kung-kuang Kung-kuang] which is an onomatopoeia that imitates the sound your heart makes when it’s pulsing rapidly. Combined, you get the word 심쿵 which is used to describe anything that makes your pulse race. Usually, it’s used to refer anything that gives you a heartthrob.

Hope that was helpful!