Korean food is known for its delicate spices and its umami-like flavours found in dishes like, Kimchi, and Bulgogi. So when Korean food is cleverly infused with conventional western food, it becomes a unique delectable. Here are some of Korean Fusion Foods worth a try:

One of Korea’s favorite street foods, Ddoggochi (떡꼬치) which are skewered rice cakes covered in various sauces, meets Bacon. The bacon gives it a crisp and  salty taste, as oppose to the soft texture of the rice cake, giving it a refreshingly new taste. 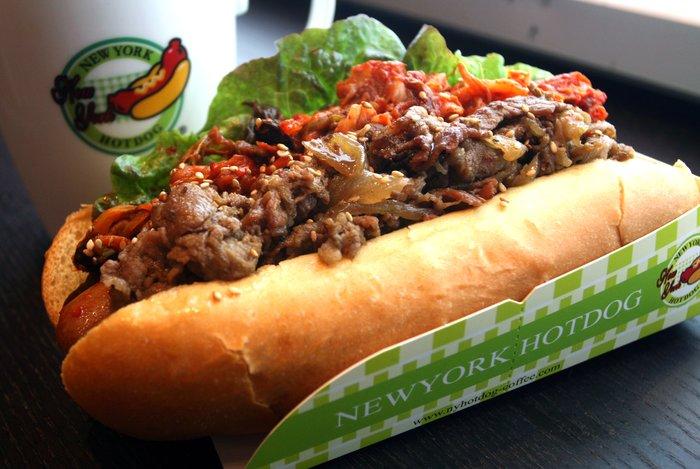 “Japadogs” has been around for awhile, but korean-style hot dogs is still  fairly a new concept. Kimchi Bulgogi hotdog brings bold new tastes as the mix of spiciness of the kimchi with the savory marinated beef in Bulgogi on top of a juicy hot dog delivers an instant mouthwatering taste.

What are your thoughts on Korean fusion food?

Do you know any other delicious fusion food? If so please share, on the comments below!