It’s time for another one of my5 lists. I crafted this compilation using anecdotal evidence so although it may not appeal to some, I am confident it will to most because these are what we have all heard of or/and played before. They are: my5 Korean Drinking Games.

Summer is fast approaching and it’s the season of the year where soirées are most present. And there is no doubt that you will always meet new people at them. So what better way to break the ice then having a few sips and suggesting that your fellow party-goers undertake in these following activities?

Beginning at number 5 is a game called, “버니 버니 (Bunny Bunny).” And no it does not involve these actual critters. To begin this activity, everyone needs to speak these ancient enchantments to hex the crowd. It goes something like this, “하늘에서 내려온 빅버니! 빅버니!” (Romanization: Ha neul eh suh nae ryuh on big bunny! Big bunny! Literal translation: The bunny who came down from the sky). Then what proceeds is the player in turn (e.g., Player 1) says, “Bunny bunny!” while at the same time making hand motions that depict as though they were chewing on a carrot. Then in a split second, they have to point their hands to someone else while again saying, “Bunny bunny!” What follows is the person that Player 1 chose (i.e., Player 2), needs to quickly do the same thing to someone else while again doing the same hand motion and saying “Bunny bunny” twice. But that’s not all of it. The two people beside Player 2 need to say, “당근 당근” (Romanization: Dang Geun! Dang Geun! Literal translation: Carrots! Carrots!) while also making motions with their arms that need to move up and down while keeping both elbows close to their sides (kind of like a dumbbell hammer curls exercise). This goes indefinitely until someone fails. For example, either of the two people beside Player 2 forget to do their part or someone doesn’t realize it’s their turn etc. This game sounds exceedingly simple but trust me it’s not. As the game progresses and the speed starts to pick up, you might find yourself lost to everyone’s amusement. But if you find that everyone is starting to become experts at this game, consider adding two people to do what Player 1 did i.e., double the bunnies. The big trick to winning in this game is to corner the people who look like they are not paying attention.

Moving to number 4 in my5 list is “후라이팬놀이” (The Frying Pan game). The best way to understand what this game is about is to watch this video first:

and I’ll explain the gist of it. So like “Bunny Bunny” you need to enchant first which goes, “팅팅팅팅 탱탱탱탱 팅팅 탱탱 후라이팬놀이! (Ting ting ting ting, tang tang tang tang, ting ting , tang tang, the frying pan game!).”  Then what happens is you need to say some other player’s name followed by a number between 1 to 4 e.g., “Daniel 3!” Then what Daniel needs to do is say his own name thrice while keeping in rhythm of the claps. If he doesn’t, then he loses. A trick to winning this game is to use the number 3 as it is an awkward number to keep in beat to.

The next game on my list is “눈치게임” (I can’t figure out an English translation for this but I think the pseudonym, “The Do-It-While-Noone-Is-Paying-Attention Game” can suffice. Or you can always just say, “Noonchi Game”). It’s pretty simple to play, really. What you do is when no one is paying close attention and you are the game maker say, “One!” as you quickly rise from your seat. What happens is the others need to say the succeeding numbers two, three, four etc. (while also emerging from their seats) until it reaches the last person, in which case, that person loses. But another way to lose this game is if two or more people say the same number thinking it’s their turn. For example, if Jim and David both say, “Two!” they both lose. The trick to winning this game is to hold out as long as you can because hopefully, others will lose before you feel like it’s your turn to say a number.

This particular revel activity is a personal favourite of mine and it’s called, “손병호게임” (for simplicity sake, let’s just call it the “Son Byung Ho Game” in English). How it begins is everyone has to raise and open one of their hands and the first player to begin states something that applies either to all, some, or one person in the game. If it applies to you, then you have to close one of your fingers. When you reach zero i.e., no more fingers to close, then you lose. The player’s turn rotates either clockwise or counterclockwise depending on which direction the first player wants to go in. So for example, if 2 people out of 10 are wearing earrings and the first player says something like, “Those who are wearing earrings,” then those two people have to put one of their fingers down. This is a great game for dealing with awkward social settings and thus, it becomes an icebreaker for everyone. There really isn’t a trick to winning this game other than closing out on someone who has less fingers to close. But if you want to start things interesting you can always target someone instead. 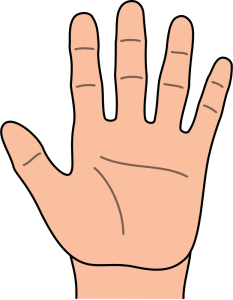 The last great party game that I recommend is “구구단을 외자!” (The Multiplication Game). As you can guess from the title, this activity does require crisp arithmetic calculation. But what’s amazing about this game is that everyone knows how to multiply but when the moment comes and someone asks you, “What’s 9*7?” you might find yourself stuttering and unable to answer (especially if you had one too many). That’s why to add excitement and fervor, you should suggest this game only when everyone seems inebriated. To begin, you go around in circle (either clockwise or counterclockwise) and ask a multiplication question ranging from 1*0 to the 9 times table. The person who cannot answer or answer incorrectly loses. The trick to winning this game is to ask the question really fast to catch them off guard.

There you have it! my5 Korean Drinking Games. All of them are fun, easy to learn and play and I can personal guarantee that engaging in any of them will boost the party’s energy and livelihood. So the next time you are at a get-together, why don’t you give it a shot and let me know how it goes?