Amateur footballer, photographer, history geek and a shawarma enthusiast. On a more dull side of my introduction I am an undergraduate student in University of Toronto specializing in International Relations. I believe everyone has a story to tell when they're given the chance to share them. So, why not listen? 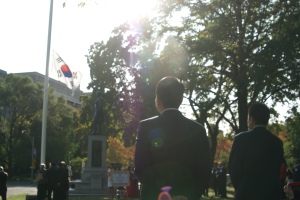 October 3: The day the sky opened

October 3rd 2013 was a Day for Korean Canadians in Canada. A flag raising ceremony and a reception was held in the Ontario Provincial Parliament building in Queen’s Park, Toronto in commemoration of the day. The decision to make October 3rd was a very sensible decision as it […] 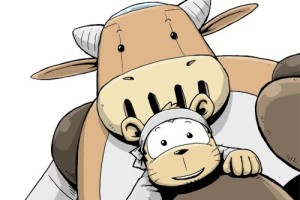 There is a special section in Mr Gale’s first impression of Korea; that is, the fear of tigers in Korea. While traveling to Haeju, and as the darkness of the night creep towards him, Gale notices that his companion, Mr. An, is increasingly nervous as they approach a […]

James Scarth Gale may as well be one of the first Canadians to set foot in the Land of the Morning Calm. Born in a small town of Pilkington, Ontario in 1863, Gale studied Foreign Languages in University College, University of Toronto and then Theology in Knox College […]

Relatively speaking, Korea was an unchartered, unknown land to Canadians. Of course there were stories here and there; many Dutch traders, ‘Hwa-ran’ as they were called by the Koreans, floated upwards to Korea caught up in a typhoon since the 17th century CE. Many of them settled and […]

“Nothing here is for tears. Nothing to wail, or knock the breast. No weakness, no contempt, dispraise or blame. Nothing but well and fair and what may quiet us in a death so noble” -Soldier’s Tower, University of Toronto The story of Captain Roland Bacon(1904-1945) is a peculiar […]