Craving for some fried chicken? How about some KFC? No, not the one from Kentucky. Im talking about Korean Fried Chicken! All my Korean people know what Im talking about. Bam. The tastier KFC (sorry Colonel Sanders) has mastered frying their chicken to a delectable work of art like nobody’s business. Korean fried chicken, unlike the American version uses smaller, younger chicken to get that tender meat and is fried twice to achieve a crispy yet light skin. This fried chicken goodness is usually enjoyed with a cold beer as a late night snack by many Koreans. Unfortunately heading to Korea to sample some of this KFC is a tad too far and expensive for the average Joe. But have no fear! Vancouver’s growing Korean population has given birth to various Korean establishments that include late night Korean eateries.

Introducing three fantastic locations you can check out to fulfill your Korean Fried Chicken cravings and of course all three come with the signature pickled white radish that perfectly pair with the chicken. The two are inseparable!

1. BOOM Beer – Located at the Guildford area in Surrey, Boom Beer is a popular HOF bar/restaurant specializing in fried chicken, spicy marinated chicken (which is basically fried chicken covered in spicy sauce) and buldak (which is also fried chicken covered in spicy sauce but tossed with rice cakes and cheese. Yuuuummy!). Judging from the limited selection of food from their menu, Boom truly specializes in just chicken. If you are looking for a wide variety of food, well my friend you’ve come to the wrong place. However, if you have a mad craving for some fried chicken and beer, then Boom has the best fried chicken in the lower mainland. Unlike Korea where everything is open 24/7, unfortunately Boom has a last call of 11:00 pm. 2. Ole – If you are looking for cheap delicious fried chicken with great service in downtown Vancouver, Ole is the place to go. Unlike most Korean restaurants notoriously known for their terrible service, the service at Ole is a breath of fresh air. Perhaps it is because they are a fairly newer establishment but the servers are quite attentive and the turn around time for food is fast. Ole’s popular dish is their boneless fried chicken. It comes in three flavours – original, garlic soy and spicy garlic soy. If you cant decide but don’t want all three, there is also the option of ordering half and half. Located on the second floor above a random luggage store on Robson street, they are open till 1:00 am. 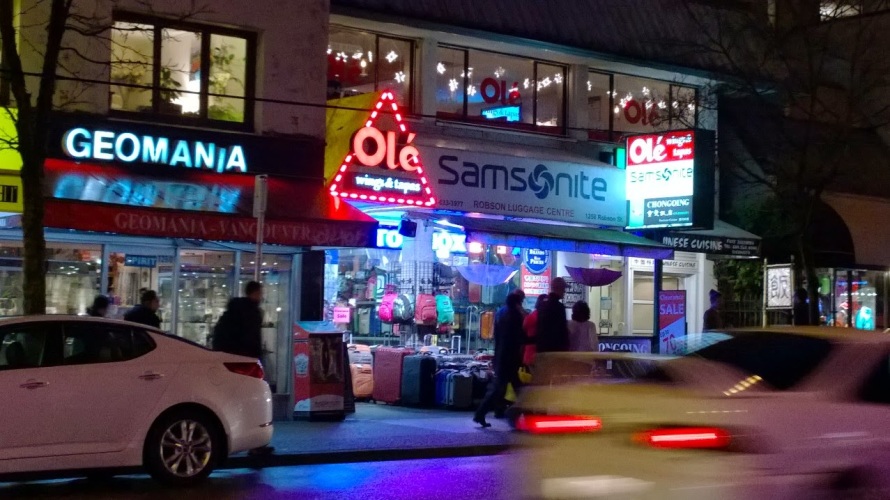 Located on the second FL on Robson street, just past Bute intersection.

2.AJuker – Situated on North Road in Coquitlam, arguably known as KTown, Ajuker is a late night hole in the wall restaurant serving Korean food, snacks and drinks until 2:00 am. Upon entry the place looks a little dumpy with dim lights and cheap decor, however, the food on the contrary is quite delicious. Although not the cleanest of place, they have a steady clientele known to come for their fried chicken. With a large selection of food, many come not only to enjoy their chicken but other tasty dishes. Ajuker’s  laid back atmosphere and their selection of Soju, Makgeuli and Korean beer also make it a popular drinking place for local patrons. 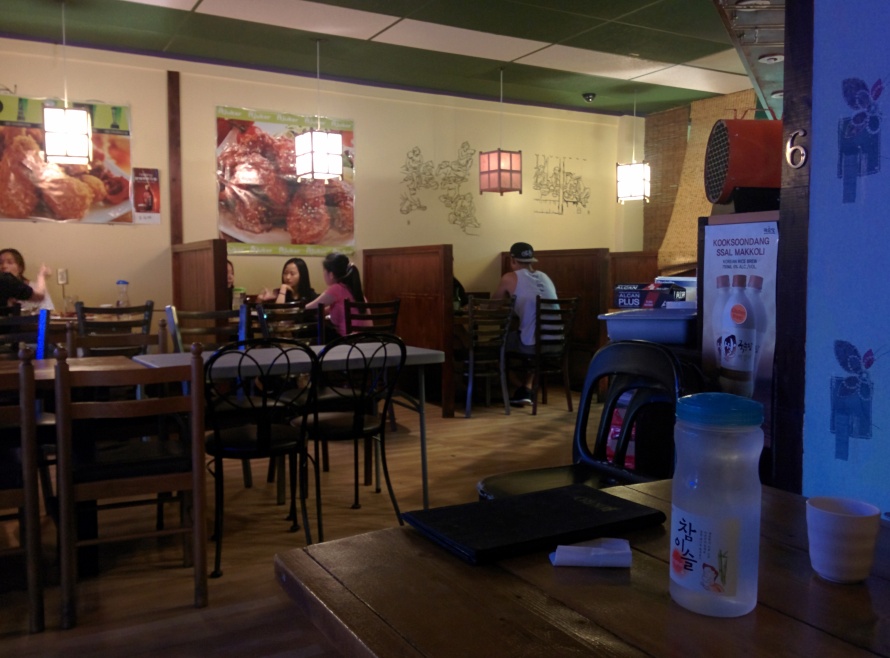 There you have it folks, three great places to try Korean fried chicken with a cold pint of beer while catching up with friends! Eat. Drink. Be Merry.