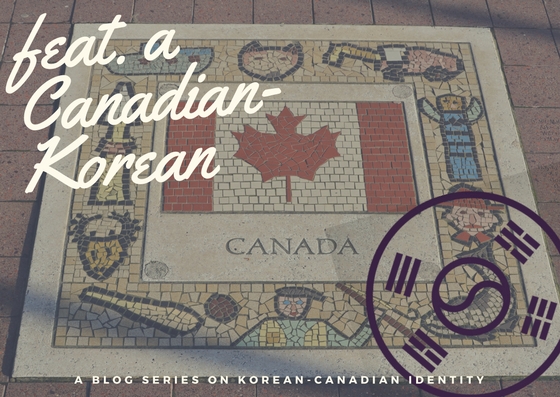 This blog features Jae Lee, who is currently a Master’s student in public policy specializing in digital and new technology at Sciences Po in Paris, France.

You currently live in Paris. How do you answer the question, “Where are you from?”

Jae: I used to say that I was from Canada because that is quite literally where I came from; however, the answer does not satisfy most people I meet here. People are curious about my ethnicity and like to follow up the question with; “China?” or “No, where are you from?” so now I always say, “I was born in Korea but I lived in Canada for most of my life.”

I get those responses as well when I travel and the follow up questions can get frustrating. What is it like to be a Korean-Canadian living in a country other than Korea and Canada?

Jae: It’s definitely interesting. My school is quite international, so my close classmates and I like to poke fun of each other’s cultures and stereotypes – all in good fun, of course. Most of the time they group me with the Canadians and say things like, “But you are Canadian, of course you should be polite.” I was surprised to find out that they identified me as a Canadian since I expected them to identify me as simply Asian.

People who don’t know me too well though like to identify me as a Korean. Someone recently told me that my research should be on the North Korean nuclear issue stating, “Isn’t that your specialization or something?” I don’t know if I would have received the same question in Canada. I think Canadians are more willing to accept different ethnic backgrounds as a part of the overall Canadian culture.

I know that Korea is not your specialization but you do follow Korean politics and current events. How did you become interested?

Things began to change as I got older and I started to have discussions with people who were interested in Korea. They were telling me what they knew about North and South Korea and in some ways trying to teach me about it. I found myself thinking, “I already know this. I have first-hand experience.” Since then I realized that I have more interest and knowledge than I previously thought and now I follow and research Korean politics without feeling shameful.

Following Korean politics is actually very interesting, I believe it is a place with rapidly growing ideologies and it’s interesting to see how policies change very quickly with technological developments.

I am glad that you are following Korean politics as you wrote an excellent blog last year on the reactions of Korean youths after the impeachment of former President Park Geun-Hye. For the last question of this blog, what are some topics in Korea that you’ve been following lately?

Jae: South Korea comes up quite a bit in my courses, especially when we are talking about digital innovations and government. I was pleasantly surprised to learn that the South Korea is one of the most innovative and adaptive countries and often comes out top-ranking for countries that do innovation well. I’m also currently following the wave of #Metoo movements occurring in Korea. I hope the movements quickly translate into policies to better protect against sexism and harassment.

Thank you, Jae for the interview. Please check out the blog Jae wrote – “A ‘New Moon’ Over South Korea: High Hopes and Skepticism” and leave a comment about your experience being abroad as a hyphenated Canadian.