In Light of Celebrating International Day of the Girl…

Yesterday (October 11th 2016) marked the fifth year of the UN’s International Day of the Girl. To celebrate, South Korea joined other countries and collectively pledged almost $600 million in girls’ education. Canada not only renewed  its commitment to promoting gender equality and rights, but the wife of Canada’s […]

Who are the Comfort Women?

If your Social Studies and History classes were anything like mine (that is, in the Canadian public school system), chances are, they barely covered Korean history. I do recall my teacher mentioning the Korean War and the resulting division of the peninsula along the 38th parallel, but other than […]

If you haven’t heard of Pop Danthology yet, you are way behind – in fact, behind more than 1 million YouTube subscribers and thousands of Instagram and Twitter Followers. Pop Danthology is a mash-up of musical hits from each year, and has been acquiring a steady fan base […] 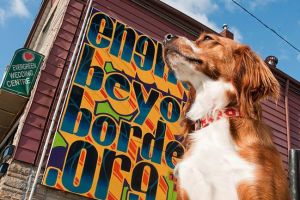 Thinking about teaching in Korea? Here are some insights from a Canadian recruiter!

What’s next after receiving that well-earned (albeit expensive) piece of paper certifying your degree? For many Canadians, teaching in Korea has become a popular step post-grad. While information on different job postings, personal experiences and what-to-expect articles are readily available online, it is rare to come across a piece […]