I prefer spicy or bitter to sweet. I'm a vegan so that means no meat. At the haniwon (한의원) I was told not to eat wheat. I'm a dancer so I have calloused feet. Tokkpokki is my most favorite treat. I'm a halmoni at heart so I don't know how to tweet. I love massages, but not on my feet. I love Korea, cuz it's totally amazing... Even though amazing doesn't rhyme with the other words....

This weekend I attended the 2013 Korean Film Festival hosted by the Consulate General of the Republic of Korea in Toronto and the Korean Foundation. The event, which took place at TIFF Bell Lightbox, lasted 2 days and featured a total of 4 films: A Barefoot Dream   […]

In the past few years, Canadians have been getting to know more about Korea.  But in 2007, packing up to move to Korea was like packing up for a trip to Mars.  My suitcase looked more like a survival kit… or a stash bag for smuggling […]

Taking Korean lessons has been one of the best investments I’ve ever made in my life. It sounds a little far-fetched, I know.  I mean, let’s face it.  You can’t really travel much with it, and speaking Korean is not likely to be the dealmaker at […]

You cannot live in a city like Seoul and say there isn’t anything to do.  Compare it to a human version of Times Square on Red Bull running around during mating season without supervision in an amusement park. Simply put:  it’s fun.  Especially at night. So […]

The Power of the Non-Shower

In Is it a Toilet or a Toy-let?  we talked about what I call the Korean Super Bowl: a modern-day toilet with all the bells and whistles necessary to replicate a full service car wash experience for your tush.  Star trek control board included. But if you […]

Is it a Toilet or Toy-let?

I’m a bathroom connoisseur.   I’ve seen and used all types of washrooms throughout my travels -and I’m not just talking whirlpools, walk-ins or claw-foot tubs. I mean, come on, that stuff is for amateurs. I’m talking buckets and ladles; I’m talking about awkwardly crouching in […] 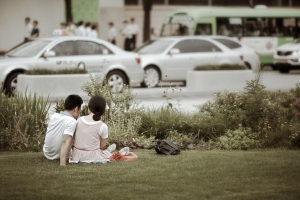 Is he flirting with me?

He smiles at me a lot; he sends cute text messages daily warning me about the cold weather, or wishing me a nice day; he brings a can of warm coffee on cold days for me to warm my hands, and he tells me I am […]

The Secret to Learning Korean

Korean is a pretty tough language to learn. Or maybe it isn’t so much a problem of language, but rather the fact that for us native English speakers learning other languages and getting rid of that characteristic twangy gringo accent of ours seems to be genetically impossible. We […] 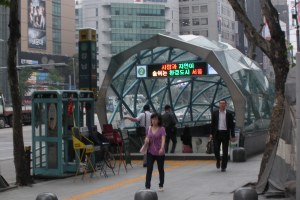 10 things every Canadian should know about Gangnam

I have to admit it. I have mixed feelings about all the attention Psy’s Gangnam Style song is getting. Having been Korean in a past life, a deep feeling of nationalistic pride floods my heart as I watch this one little playful tune permeate American mass media and […]