A Prelude to Sochi

It has been four years since the 2010 Winter Olympics in Vancouver. Both Korea and Canada enjoyed tremendous success that year. Canada became the nation with the most gold medals ever at a single Winter Olympics, managing to collect 14 gold medals in the 2010 games. Korea obtained 6 gold medals. The total medal count, including silver and bronze medals, for Canada and Korea was 26 and 14 respectively. The achievement of 14 medals was the highest overall medal tally for Korea at a single Winter Olympics.  The 2010 Winter Olympics was a memorable one for both countries. Now, the Olympic torch has moved to Sochi, Russia, where the 2014 Winter Olympics will be held. Korea and Canada are once again among the 88 nations participating,  hoping to recreate or even surpass the success the nations have enjoyed in 2010. Korea has sent 71 athletes to Sochi, the highest number ever in Korea’s Winter Olympic history. Canada also broke the highest number of athletes ever in its history by sending 221 athletes. From sheer numbers alone, we can expect this year’s Winter Olympics to be a good one.

Start the Olympics by watching the Opening Ceremonies. The Opening Ceremonies often provide unique opportunities to experience the host nation’s artistic aspects as well as its culture, all in the comfort of your own living room (unless you are a spectator in Sochi of course). Also, watch the athletes from your favourite nations (Acceptable countries include: Canada, Korea) parade along with their flags. Canada’s flag-bearer will be Hayley Wickenheiser from women’s hockey. Korea’s flag-bearer will be speed-skater Lee Kyou-Hyuk. Both flag-bearers are 35-year-old Olympic veterans, proudly representing their own nations. Want to know a fun fact that is completely unrelated to Korea and Canada but quite interesting? As per tradition, the Greek team will be the first nation represented in the parade of nations in the Opening Ceremonies, while the other nations will be introduced in alphabetical order. The reason for this is due to Greek’s status as being the birthplace of the Olympics.

Do not miss the Opening Ceremony of the 2014 Sochi Winter Olympics on February 7th!

Have a lot of spare time? You can view the full Opening Ceremony of the 2010 Vancouver Olympics here:

Korea and Canada enjoy and maintain bilateral positive relations. However in Sochi, athletes from Korea and Canada are going to be going against each other in the Olympics.  Watch for match-ups between Korea and Canada for some extra bits of entertainment! Men’s Short track speed skating is an event that will likely involve such competitions, with Korea and Canada both possessing strong contenders in this event. With about 98 events in the Olympics, there will definitely be Korea vs Canada match-ups. Always be on the look out for such occasions! 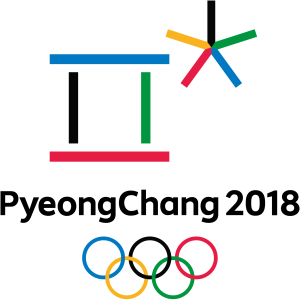