It’s been a while since I’ve posted here, but rest assured today’s post comes in great timing as a lot is changing in terms of what is considered popular music in Korea, what with the instability and volatility of the KPOP machine and a renaissance in Korean hip-hop, there are six major record labels who are now taking hip-hop to a whole new mainstream level in Korea. Here is a brief guide to the six Korean hip-hop labels leading the rise of hip-hop in Korea today.

Founded by old-school Korean rapper Rhymer in 2003 originally as IC Entertainment, Brand New Music has undergone many changes as well as played management for some of Korea’s most well-known names in reggae, rap, hip-hop and R&B. In 2006, it was rebranded as Brand New Productions, and later in 2009 it was merged with rapper Cho PD’s Future Flow imprint to become Brand New Stardom, which boasted acts like Skull, BNR, Keeproots, Verbal Jint, Phantom and Block B. Two years later, due to creative and professional differences, Rhymer pulled out of the merger, thus recreating his own label under the current moniker of Brand New Music. Specializing now in hosting a variety of hip-hop and R&B talents as well as well-known in-house production talents, BNM is widely considered to be one, if not, of the top labels in Korea for urban music. The current roster includes names like Taewan, P-Type, Bizniz, Troy, Phantom, San E, As One and Miss S. 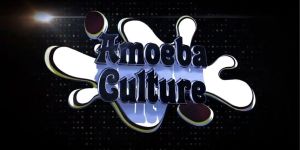 Founded in 2006 by Korean hip-hop unit Dynamic Duo, Amoeba Culture has become a household name for helping bring acts like Supreme Team, Primary, Rhythm Power, Zion.T and Crush to the forefront of Korean popular music. While it has a relatively small roster, it was the key roster from the company’s founding that helped make it a household name. While it has experienced its share of scandal in the past (Primary plagiarism accusations AND disbandment of Supreme Team/’Control’ diss phenomenon), it still continues to be a powerhouse label, which continues to breed new talent.

Founded by former Jungle Entertainment rapper Paloalto in 2010, Hi-Lite Records is home to some of the heavy hitting rappers of Korea’s underground and mainstream scenes, including names like Huckleberry P, Evo, Reddy, Okasian and B-Free. Hi-Lite is highly regarded as one of the more ‘purist hip-hop’ labels in that they focus more on their craft rather than on the performance aspects of the music industry. As such, these rappers are all very much like an independent collective and freely create music to reflect their journey as artists. Hi-Lite is also very much well connected to some of the smaller labels like Grandline and former labels like Soul Company and Independent Records – two of the most influential hip-hop labels in Korea that paved the way for the current labels today.

Founded by former 2PM member and soloist Jay Park in 2013, AOMG (or Above Ordinary Music Group) is a relatively new label in Korea, but is home to both new and familiar talent, including Loco, Gray, Simon D (who joined AOMG after leaving Amoeba Culture), Elo, Ugly Duck, DJ Wegun and DJ Pumkin. Having recently announced their first US tour as a label, AOMG is poised to take the pole position as a label bringing in new blood in Korea’s hip-hop scene. With Jay and Simon heading up this fledgling label, they pride themselves on their creative freedom and approach to the urban scene, not just for music but even with music videos and song production also.

Co-founded by Map the Soul alum Dok2 and Soul Company alum The Quiett in 2011, Illionaire is easily the smallest but most energetic label on this list. Comprised of only three artists on the roster – the CEOs as well as rapper Beenzino – Illionaire has built its reputation on keeping things small but impactful. Each artist has accomplished so much on their own and collectively as a label, that Illionaire has built its reputation mainly on that fact. Having also gained notoriety for collaborating with artist Jay Park during the re-start of his career, Illionaire has proven its abilities time and time again, even having performed three shows in the US as a label.

Last but not least, this indie hip-hop label was birthed in 2011 by Brand New Music alum and self-proclaimed ‘Punchline King’ Swings. Home to rappers Giriboy, Vasco, C.Jamm, Black Nut and Genius Nochang, Just Music takes on a very independent approach to their releases, and Swings is very proud of that. Having left Brand New Music after his contract expired a few months ago, Swings is now fully focused on making his imprint grow in the Korean hip-hop scene.

Which is your favourite Korean hip-hop label? Have one that is not on this list? Let me know in the comment section below! :)