Spelling mistakes happen. We’ve all been there. I pride myself on not making too many of them too often, so when I do make one, I’m embarrassed, and my face turns red 😡

That is just how I would naturally react, but in fact, there is nothing to be embarrassed about, as long as you are not clueless about how to fix it. Even then, it is okay to learn along the way not to make the same mistake again.

I am going to talk about 10 most common spelling mistakes that even native Korean speakers make.

I’ve seen a lot of you here who are already learning or at least interested in learning Korean. Getting the spelling right can be difficult especially in the beginning of your study.

Note that even Korean journalists make these mistakes in their newspaper articles, so if you’ve made the same mistakes before, don’t worry about it! Here are some tips on how not to confuse them in the future 😉

I’ve also color-coded the words for ‘general’ (e.g. didn’t translate the prepositions, etc.) translation. Let me know in the comments what spellings you found most confusing! Also feel free to share any resources that you found helpful in learning Korean.

These three words sound very similar, especially the last two. The difference is the bottom consonant in the first letter (ㅎ, ㅅ, and ㅈ).

The salmon swim upriver to spawn.

The wound is not yet healed.

This product is far better in quality.

Clouds are hanging low in the sky.

어이없다 describes that feeling when you are taken by surprise in a negative way. Being dumbfounded is one way of defining the word; the word can be used to describe a broad range of emotions. For example, you can use 어이없다 when you are surprised simply because you didn’t expect a particular result, but you can also use 어이없다 when you are appalled that such result happened.

어이없다 can be incorporated within a sentence as an adjective, etc., but it can also be used as an exclamation by itself.

어의없다 as opposed to 어이없다 (which is the right spelling) has an extra streak in the second letter (compare 의 with 이). ‘어의’ (the one with the extra streak) actually means royal physician, referring to the house physician that kings and queens used to have in the olden days.

So if you say 어의없다 instead of 어이없다, you would be saying that the royal physician isn’t here, and I can’t imagine a context, in which you would need to say that 😂  but just know that 어의 isn’t just a misspelling of 어이 and that it actually means something.

That is so annoying / That is absurd.

He looked aghast when he heard the rumour.

Our team suffered a disappointing defeat in the final.

오랜만 means it’s been a while/long time no see! You can just say 오랜만 or add a few more letters to make it a more complete phrase addressing a specific ‘audience’, e.g. if it is to a friend, you can say 오랜만이야 by adding 이야 at the end, which makes it an informal speech. If it is to an older person or someone you don’t talk casually to, you can say 오랜만입니다 or 오랜만이에요 by adding 입니다 or 이에요 at the end, which are formal speech forms.

Pay attention to the second letter! The correct form is the second one with the ㄴ instead of ㅅ in the second letter. Many tend to use the first one, but it’s wrong. Keep in mind though that there are times you use 오랫 (i.e. 오랫동안), but if you are using it in the context I described above, as an exclamation that you haven’t seen someone in a long time, then 오랜만 is the right spelling.

오랜만 is actually a short form of 오래간만, which literally means in a long while (오래 = long / 간만 = in a while).

어떡해 is quite versatile. With an exclamation mark, you can use it as an exclamation by itself, and that is how it’s mostly used. You can use 어떡해 to express frustration, not knowing what to do next. You can say it like “oh no…”, or if you add a phrase before or after it and a question mark at the end, you can describe exactly what you are frustrated about. Also, you can use 어떡해 to express your concern for something that could possibly happen (see example 3).

I sprained my ankle, and it hurts. What should I do?

What if we miss the last train?

어떻게 is different; it is rarely used by itself. 어떻게 means “how”, so if you were to use it by itself, it would be like a follow-up question to, say, someone proposing a plan and you asking “how do you see the plan unfold?” But mostly 어떻게 is used within a sentence. It is quite versatile, too. Below are some of the ways you can use 어떻게.

How have you been?

How do I install this program?

Tell me how the movie ends.

얘기 is a short form of 이야기, which means talk/story/conversation. Both forms are acceptable, though 얘기 is more informal. 예기 is a common misspelling of 얘기.

If you look at where 얘기 is from, it’s easier to remember that that is the correct form. If you look at 이야기, the second letter has the vowel ㅑ. The streaks are pointing outwards. So when you shorten it, it’s 얘 (ㅑ + ㅣ), not 예 (ㅕ+ㅣ). Bear in mind that this is not really based on any real evidence that that is why it is shorten this way, but I’ve explained it this way to my students before, and they found it helpful.

So this is it for today! I will come back with five more examples soon 😌

Examples are from Naver dictionary. 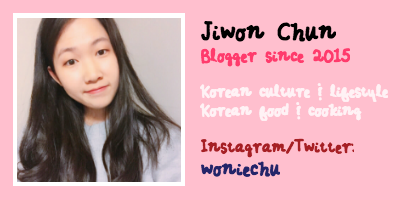