This blog features Glen Choi who teaches humanities and social sciences-related subjects at Seneca College in Toronto. Glen just released a new book, Beginning, Middle and Zen (BMZ), a coming-of-age memoir about his quest for purpose and passion in his life. 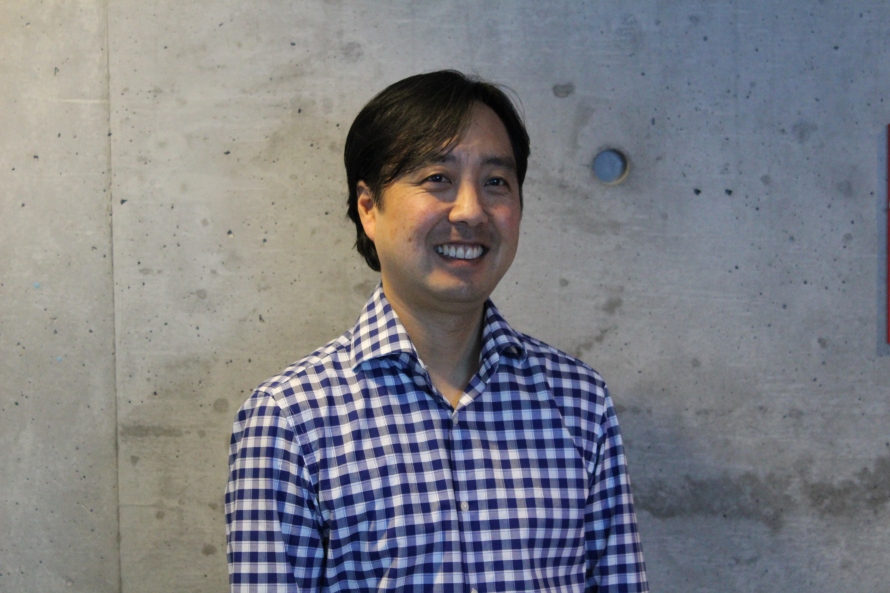 What areas do you focus on when teaching at Seneca?

Most of my courses focus on the East-West cross-cultural differences and how they play out in a field like religion. I’m fascinated by these psychological differences because I grew up trying to reconcile them internally. I imagine these are challenges a lot of Asian-Canadians can identify with.

One of the questions that can create a challenge in identifying oneself is the question, “Where are you from?”. Do you find this question difficult to answer?

I’m very lucky. I’m a second generation but I lived, studied, and worked in Korea in my twenties through to my early thirties. I identify with both Canadian and Korean cultures as a result.

Ironically, I was asked this question much more often when I lived in Seoul (in the ‘90s) than in Toronto. I’d say a few lines of Korean in public and, as if on cue, native Koreans would raise their eyebrows, curl their upper lips and say, “You look Korean but you sound very awkward … are you not Korean??” The questions did eventually stop, after I became fluent in the language.

When I’m asked the question in Canada, I know what the person is getting at, so my usual reply is, “Well, my parents are from Korea but I was born here.” (The question that inevitably follows is, “North or South?”). I don’t mind being asked. I feel at ease and peace with both cultures.

Your book details on what it was like growing up in Canada and your quest to find your passion in Korea. One of the interesting parts I found was when you stated that although you were born in Canada and grew up playing hockey, you weren’t sure how Canadian you were. Can you explain what you meant by that?

It was a simple case of majority wins. As a kid, almost everyone around me, on TV and in the movies looked similar to each other. Unfortunately, I didn’t look like them. Wayne Gretzky, my idol growing up, was the poster boy for “the Canadian face.” He had wavy blonde hair, blue eyes and a pointy beak. Meanwhile I had straight jet-black hair, black eyes and a flat snout.

Grilled meat always seemed to waft in the air in my friends’ homes; fermented vegetable such as kimchi was the staple scent in my home growing up. Instead of a fork and knife, I fiddled with two long, slender sticks of metal to pick up my food. Our family often double-dipped in the large pot of stew in the middle of the dining table; serving spoons were used to divvy up the food when I ate dinner at my friends’ places. My classmates were outspoken and outgoing while I was quiet and reserved. I developed a hunch early on that something was amiss. The only thing I had in common with the mainstream was the fact I loved to play sports.

This was one of the things that motivated me to go to Korea to study – was I, perhaps, a more natural and better fit in the country of my parents, where I would both look and act the part?

And how was it being in Korea? Were you a more natural and better fit?

In Korea, I wasn’t in another country but in a galaxy far, far away. Everyone around me now looked like me, yes, but that felt more surreal than comforting. In fact, it made me long for the diversity of colours in Canada. Understanding the Korean mindset also demanded a paradigmatic shift: people there treated each other like brothers and sisters, as though we were all one big extended family. In Toronto, you had your nuclear family and relatives, but the rest were strangers whom you approached with a measure of guardedness.

I remember thinking at the time, “I’m more Canadian than I thought!” Which was actually a big letdown because it threatened the validity of my decision to journey more than 10,000 kms to a place where I’d invest the next four years of my life.

I also remember thinking how Canadian I was when I went to visit Korea. And now being back in Canada, how would you describe how you present yourself?

I feel the pressure to act Korean when I’m around my parents, uncles and aunts (or other older first generation Koreans). Something automatically clicks in my head when I turn to them, and my body grows slightly more tense and I become more mindful of what I say, how I say it, and whether or not my posture is good. Otherwise, I try to present myself in a dynamic way to others. This is the more significant challenge for me in my daily interactions. Whether as a teacher, colleague or friend, and depending on the situation, I try to be lighthearted or serious, easygoing or firm, show tough love or sensitivity.

I think the latter is a function of aging, integration and Buddhist meditation. As I’ve gotten older and more comfortable in my multicultural skin, I’ve shifted my focus from establishing a solid identity to sort of de-stabilizing it. I was Canadian growing up, fully Korean after many years in Seoul, Korean-Canadian after I returned, and now I don’t want to know, which isn’t a bad thing because you’re less likely to delimit your behavior if you don’t continuously remind yourself who and what you are. And this can be freeing since you’ve given yourself permission to act spontaneously and “out-of-character.” I think staunchly self-identifying as “Korean” or “Canadian” or even “Korean-Canadian” can sometimes be a self-imposed prison sentence, if accompanied (whether consciously or subconsciously) by a self-narrative of “I should always act or think accordingly.” There’s a famous Zen saying that goes something like, “Keep that Don’t-Know-Mind.” I appreciate that line much more now.

Now that Beginning, Middle and Zen (BMZ) has been released, what are your next plans?

I’m currently working on my next book – this time a historical fiction – about the Hideyoshi (Japanese) invasions of Korea in the 16th century and the role that the armed band of Korean Buddhist monks played in taking back the country. I think this story has the potential to be an epic novel. While academic books are rewarding on one level, I find books that have a great story, a compelling arc, are fulfilling on multiple levels. Whether reading or writing, I love stories that entertain and educate. A book that achieves only one of the two usually leaves me wanting, kind of like eating a big meal but still feeling hungry after.

Thank you, Glen for the interview. I look forward to your next book as well!

Beginning, Middle and Zen (BMZ) is now available on Amazon.ca and check out Glen’s website, www.glenshak.com. As well, please leave a comment below about your experiences being in Korea as a hyphenated Canadian.

Tagged as: book, growing up in Canada, Hyphenated identity, School in Korea