Korea and the Short Form There’s nothing like settling in after a hard day to watch your new favorite drama (unless, of course, you have the whole day to binge-watch it). But sometimes, we don’t always have a ton of time to enjoy a full-length series, or even a full-hour episode. That’s why, for times, like these—in the late-night hours before bed, on your commute to work, when you just want to take a quick study break—web series are the go-to solution! Broken into installments of thirty short minutes (or less!) these web series pack in just as much emotional punch as full-length drama episode, but you can still fit them in your weekday lunch break.
Short-form media has long been a popular feature of Asian culture. From webtoons, to web dramas, manga to graphic novels, and “cellphone novels” (I’d never heard of those before!), Korea has a hotbed of short-form choices to fulfil your need for popular culture, while still allowing you to continue your work/school/family/life responsibilities.

Part of the success of these short forms might be in their high visual-audio/written text ratio. As consumers of popular culture in the 21st Century, many of us default to television over novels as our entertainment choices when we’re tired and need a break. Yet since binge-watching may occur as a result in the rise of streaming over cable TV, we don’t necessarily save time by watching TV instead of reading a longer novel. Still, visuals continue to become more advanced and stimulating (and, no, I’m not talking about shower scenes here ;) ), and, in a pedagogical sense, we are often able to better process narrative with a visual component (much like picture books, but more on that later).
So where does this leave us in terms of how these short forms may allow us to make the most of our precious entertainment minutes, while still learning/gaining something valuable while we’re being entertained? Quite simply, the short form functions as its own distinct media form, and it is best to watch short series with this in mind.
As I mentioned above, the high visual-audio/written ratio of most short forms (especially web series) appeals to a visual-oriented audience (including youth and young people), but did you know that the way readers/viewers are often able to glean higher insight—as well as different insight–from a narrative when it is coupled with a visual, compared to without the visual? For example, “interdependent storytelling” is the process by which the words and pictures in a narrative fill each others’ gaps, so they are dependent on each other in telling a full narrative (Pantaleo). Lewis describes this as “”the process by which, in composite texts … the words and images mutually influence one another so that the meaning of the words is understood in light of what the pictures show, and vice versa” (qtd. in Pantaleo). Basically all TV shows and movies follow this format, but this is also a popular concept in graphic novels, where you’ll see words and pictures conveying different information (check out the Cheese in the Trap webtoon for a lot of good examples of this).
In contrast, there is also a verbal-visual relationship called “parallel storytelling.” This type of relationship is when words and pictures tell the exact same story (Pantaleo). This form is very popular in young children’s picture books, but is also seen in graphic novels, cartoons, and webtoons for older readers too—it’s mainly a stylistic and storytelling choice.
Although webtoons, web series, short series, and graphic novels (etc.) may all be, well, abbreviated, in nature, it is fascinating to read/watch them with the many different verbal-visual ecology combinations in mind. There are always questions to ask yourself as an audience member, such as, “what is explicitly said, here, and what is unsaid but present?” “How would this be different without the words/pictures?” if this text was longer (i.e. a novel or a movie, rather than a webtoon or web series), what could it include?” These sophisticated considerations make shorter forms of storytelling ideal for a younger audience and are especially fascinating to observe in a classroom setting, where longer, more wordy texts are often privileged. 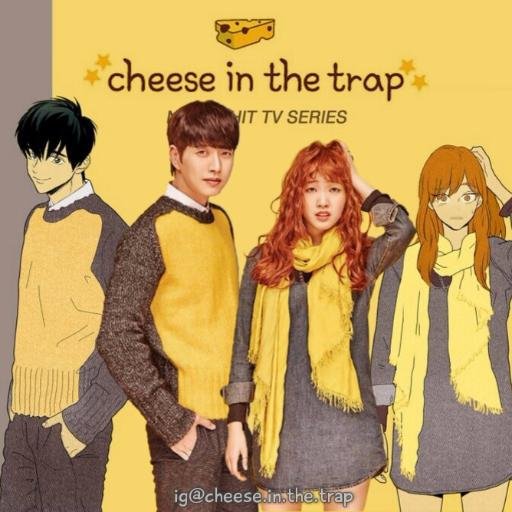 And for those of you with a best friend who isn’t quite sold on a sixteen-episode drama yet, web series are a great way to introduce them to the magical word of K-drama!

Here’s a list of five great K-drama web series to try (and one Chinese series—variety makes the world go ‘round!):
1. Wednesday 3:30 p.m.
Although the episodes in this Korean series are short, clocking in at around twenty minutes each, the emotional impact, humor, gorgeous setting, and tear-worthy moments make them feel closer to a full hour (and yet they go by so fast!).
In this series, Seon Eun Woo, a successful professional with her own home, is cruelly dumped by her boyfriend, a fellow office worker, for *get this*—her junior co-worker. When her childhood friend, Yoon Jae Won, crashes into her life—and house—the two devise a plan to get back at Eun Woo’s ex. But what happens when the pair’s feelings begin to deepen?
Catch this rom-com cutie on Viki.
2. Splash Splash Love
With this Korean web series, you get to choose your own adventure—movie or series. The show is broken into two different options: you can either watch it movie-style in two, one-hour installments, or you can enjoy it in delectable instalments of fifteen minutes or less. Despite its short length, this web series is beautifully shot and features some of the sweetest chemistry I’ve ever seen in a web-based drama (plus it has a time travel theme! Who doesn’t like time travel?)

In Splash Splash Love, Dan Bi, a 21st Century high school senior on the verge of her college-entrance exams, finds herself transported to the Joseon era. Will she find love with a handsome Joseon king—or will she be overcome with her fear of math?
Find out on Viki!

1. The Eternal Love
Although I tend to watch more K-drama than C-drama due to most Chinese dramas clocking in at around fifty episodes, this fantasy drama is not only a mere twenty-four episodes, but also only about twenty to thirty minutes each—perfect for your first C-drama or for when you simply want all of the benefits of your favorite C-drama—beautiful sets, steamy chemistry, and a riveting storyline, along with some impressive special effects—all in easily-binge-able short episodes.
I actually started The Eternal Love because I missed Scarlet Heart: Ryeo so much and wanted something with a time-travel theme. It follows the story of two women—Qu Tan Er, a princess consort who is in love with another prince, and Xiao Tan, a modern real estate agent and time traveller who is stuck in Tan Er’s body—as they find love and uncover dark secrets. Juicy!
You can catch up on the drama on Viki.
2. Dramaworld
Ever want to escape into your favourite drama—literally? Dramaworld is the ultimate drama fan’s fantasy, giving viewers a glimpse of what could happen if they found themselves in the world of their fav Asian drama. The American fusion is a nice touch too!
Dramaworld follows the story of Claire, an American college student and part-timer, who is magically transported into the alternate world one of her beloved K-dramas. What follows is a comedic fantasy blend of fun as she finds herself responsible for the future of Dramaworld.
You can catch this series on Netflix or Viki (choices are everything!)
3. Go Ho’s Starry Night.
I had to save my favourite for last (well, technically Splash, Splash is one of my favourites as well), and Go Ho is definitely a special web series. Something about the mellow-heartfelt music, the sweet office rom-com storyline, the adorable chemistry between the leads—it’s a winner!
In Go Ho’s Starry Night, Go Ho, a twenty-nine-year-old advertising employee, moonlights as a webzine writer. When her editor at the webzine asks her to up her readership, Go Ho creates a series of articles detailing the complexities of the men that comprise her office life—including her ex long-term-boyfriend and her snarky boss who may just be secretly in love with her.
Find this one DramaFever!

What’s your favorite Asian web series? Do you prefer short series? Let us know in the comments below!