We may only be a few months into 2019, but there are already a number of new Kpop groups that have put out music for the very first time. These untested groups are full of energy and nervous excitement, and although they are beginners in the industry, they have a lot of talent to show.

Although it can take a while for Kpop rookies to build a fanbase, there are many benefits to getting to know a group early on. Bursting with potential, these young artists have spent day and night honing their skills. They bring fresh and creative sounds and styles to their music, and have yet to be burdened by the weight of fame and expectation. Many new groups will have fun behind-the-scenes clips or variety shows to help you learn who’s who, and it can be a lot easier to connect with fellow fans when the numbers are smaller. You can also cheer for your group and take pride in their accomplishments as they grow.

If you want to join the early adopters, check out these brand new boy groups from 2019!

Right in time for the new year, this six-member group from RBW put out the magnetic single Valkyrie, with stylish and sharp choreography and a MV to match. With four members having featured on survival shows in the past, ONEUS certainly had some pre-debut fans awaiting their arrival, but their strong first appearance quickly gained them even more notice. To see the boys in a more casual environment, try their show “Power Up! Beautiful snack bar is open” with partner group ONEWE, or their playful self-cam MV for Eye Contact.

Despite choosing the same debut date as ONEUS, VERIVERY made their mark in a completely different way with a bright and cheery song called Ring Ring Ring. As artists under Jellyfish Entertainment – home of senior group VIXX – these seven boys are the new generation, so choosing a youthful concept made for a perfect fit. Between their special DIY MV and three different dance practice versions for their single, it’s easy to fall in love with VERIVERY, and their channel is full of additional content to peruse at your leisure. 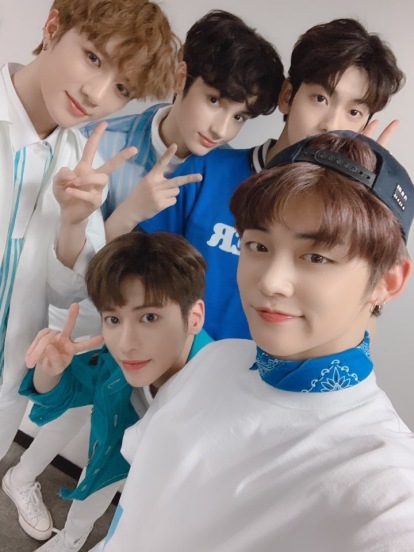 Being arguably the most anticipated rookie group in Kpop history could have been a significant challenge, but the five members of TXT (Tomorrow by Together) have borne it with grace. Big Hit Entertainment’s success with BTS has allowed them to catapult TXT and their single Crown to the forefront, but even if you ignore their pedigree, TXT is a group full of both charm and humility. For member introductions you can start with the cinematic teaser videos on the ibighit channel, but don’t miss the much more personal TALK X TODAY episodes and short T:TIME clips put out by the group directly. 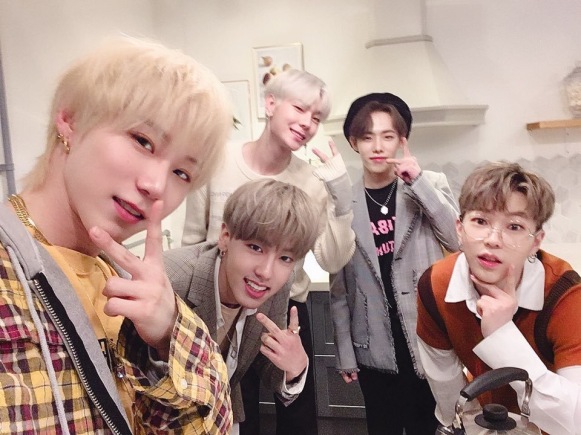 Coming from a much smaller agency called Liveworks Company, the five-member 1TEAM might have to work a little harder to steal the spotlight, but there are also advantages to having a blank slate. Each of the three songs on their debut album are completely different and have their own unique feel, and the title track Vibe is catchy and inviting. If that’s not enough, simply watch their “Hello! 1TEAM TV” series to find out just how genuinely entertaining and lovable these rookies are. 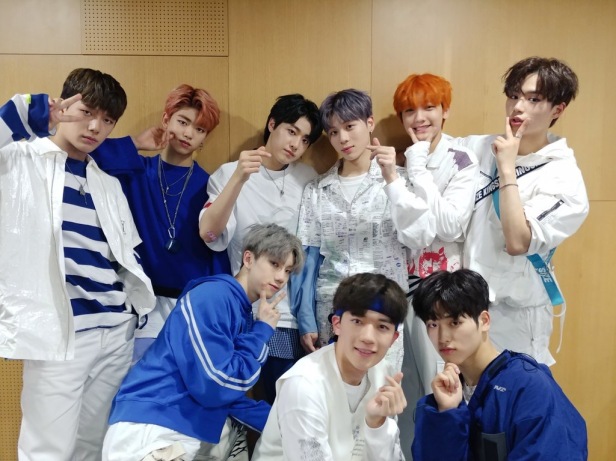 Unlike the other groups mentioned so far, 1THE9 is a bit special in that they are the winners of the competition Under Nineteen. This all-star ensemble of nine young members may be on a temporary contract, but they have made an impressive start with their survival show journey culminating in a fancy debut. Along with the usual title MV for Spotlight, 1THE9 released the story-like XIX that weaves the songs from their album into a full school drama, and their own variety show Wonderland, which is full of lighthearted moments.

As fantastic as these new groups are, if you are like me, you have a never-ending interest in new Kpop groups and music. With that in mind, I also want to mention that there are even more boy groups that are planning their debut for later this year! Here are the ones I am most looking forward to.

If you are a Produce 101 or Wanna One fan, be sure to keep an eye on Brand New Music, where Daehwi and Woojin will rejoin Youngmin and Donghyun, along with new member Woong, to form AB6IX. Teasers for their reality show on Mnet have just been released this week, so you can tune in right from the beginning. Later this summer we will likely see the debut of Treasure 13, the super-group of YG Entertainment’s Treasure and Magnum; if you haven’t yet had a chance you can learn all about them by watching YG Treasure Box. And finally, sometime in the second half of 2019 Wanna One’s Bae Jinyoung will join two other YG Treasure Box contestants in C9 Entertainment’s new boy group (currently C9BOYZ, but this name may change), rounded out with two additional C9 trainees.

I hope that you enjoy discovering some or all of these rookie groups through their songs and content! Feel free to leave a comment saying which group you are most excited about or to recommend other groups that I didn’t include here.