On Monday June 6th, 2016, Korea will mark its sixty-first Rememberance Day (현충일). At the 10th hour and at the sound of a siren, Korea will take a minute of silence to honour those who had sacrificed their lives to protect Korea from enemy invasion. In contrast to […] 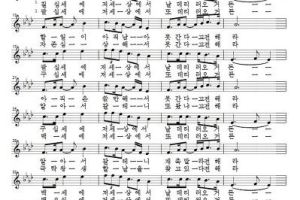 국제시장 (Ode to My Father)

Set during the tumultuous history of modern Korea, “Ode to My Father” is a generational epic that recounts the life story of a young boy named Youn Duk-soo upon his arrival at Busan after parting ways with his father during the frantic evacuation from Hungnam Port, a North […] 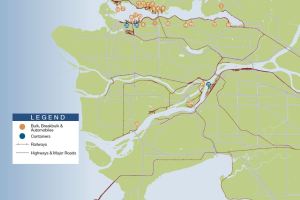 Port Metro Vancouver is Canada’s gateway to Asia. As the country’s largest and most diversified port and the fourth largest by tonnage in North America, it handles $172 billion worth of goods annually operating 28 marine terminals and three Class 1 railroads in Metro Vancouver (see map on […]

With the arrival of summer, the parks and the woods in Korea become decorated in bright colours as butterflies awake from their cocoons and spread their newly-found wings into the air. In a country like Korea where the four seasons are very distinct, the summer is when the […]

Birds of Korea: In the Fields

Beginning with English ornithologist Henry Baker Tristram’s (1822 – 1906) presentation of 8 species of birds of Korea at the 1885 Exposition Internationale d’Anvers held in Antwerp, Belgium, approximately 394 species of birds have been discovered, recorded and become known to the public. Among these, there are 57 […] 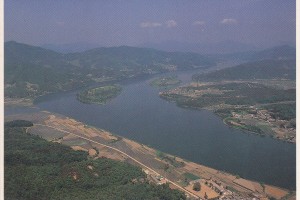 For many first-time visitors to Seoul, the Han River is a source of great surprise and admiration. Spanning at more than 1 kilometre across some parts of Seoul Metropolitan, it is much wider than say the Thames River of London – 265 meters – or the Seine River […]

Designated as natural monument #53, the Jindo dog is an integral part of Korea’s national identity. Known for its loyalty, bravery and innate hunting capability, the Jindo dog has lived side by side with the Korean people for generations, dating back to as early as the Goryeo Dyansty […]

Koreans at a Restaurant

“The dinner is on me tonight!” shouted George as he was pulling out his wallet to pay at the cashier. “No man, I owe you for the help you gave me at work this morning. I’m the one who should be paying,” said Peter. “Hey, listen. Work is […]

The etymology of “Canada” and “Korea”

It’s no wonder that Canada’s first Prime Minister, John A. Macdonald, chose to name his new country “Canada” on July 1, 1867 at the enactment of the British North American Act, which created the dominion of Canada by uniting the then three provinces – New Brunswick, Nova Scotia, […]

Art of Korea: A life

All the world’s a stage, And all the men and women merely players: They have their exits and their entrances; And one man in his time plays many parts, (As You Like It, Act II Scene VII, William Shakespeare) If Shakespeare saw life as a series of independent […]

Art of Korea: A Search for Utopia

A vagabond, shunned by society and its people, strolls aimlessly in the forest. At the far end of the forest, he sees a small clearing where there is a small peach tree, with its flowers in full bloom, sprinkling the surrounding air in pink confetti. The vagabond approaches […]

The crowd gasps in awe as one of the wrestlers is lifted high up in the air. Dangling with both feet off the ground, he desperately tries to grab onto the shirt of his opponent to stay within the match. “Ah, ah,” whimpers the wrestler as he squeezes […]

Art of Korea: The Hidden Messages

For some of us, we may not be as familiar with traditional Korean art as we are with Korean food, music other cultural elements. As such, I hope to introduce and provide you with a quick guide on how to understand and appreciate traditional Korean paintings, which you […]

Is my new Asian friend Chinese, Japanese or Korean? How can I tell?

Have you ever had difficulty differentiating between a Korean person, a Chinese person, and a Japanese person? Have you ever had trouble figuring out whether your new Asian friend is Chinese, Japanese or Korean? True, people from these three countries look very similar, and for some of us, […]

Believe it or not, being married to a Korean husband is no simple task, and it’s not just about eating Kimchi everyday and learning how to write Korean with correct spacing between the words. What I am referring to is this: whenever I see my in-law family members […]

Jeong Yak-yong (丁若鏞 1762-1836), he was one of the greatest thinkers and writers of the late Joseon period. During the reigns of King Leejo and Jeongjo, he was the leading scholar of the Silhak school, serving as under-secretary of justice until, on account of his association with Catholicism, […]